Herons are solitary birds. Unlike cranes that go about their business in large flocks, herons are found on the edge of things: walking slowly and quietly along a canal, drainage ditch or river, hunting for their dinner. Although they are monogamous, they are rarely seen out together in public.

When I make my annual pilgrimage to Bosque del Apache National Wildlife Refuge, the skies and the ponds are filled with raucous, gangly, yet somehow graceful cranes–thousands of them. The typical heron count is three or four. So, I spend a fair amount of time cruising slowly along the drainage canals looking for these elusive birds.

Sometimes, when I’m patient, I’m rewarded with a capture like the one above. I had followed this guy (girl?) for close to half an hour, moving when he moved, but giving him plenty of room. When I saw him extend his neck, I fired a continuous burst of about five exposures and this is the result.

There are other times when patience has nothing to do with it. Robin and I came across this heron standing along the edge of a canal on the south side of the Flight Deck Pond. We were easily within twenty-five yards of him and he acted like we weren’t even there. 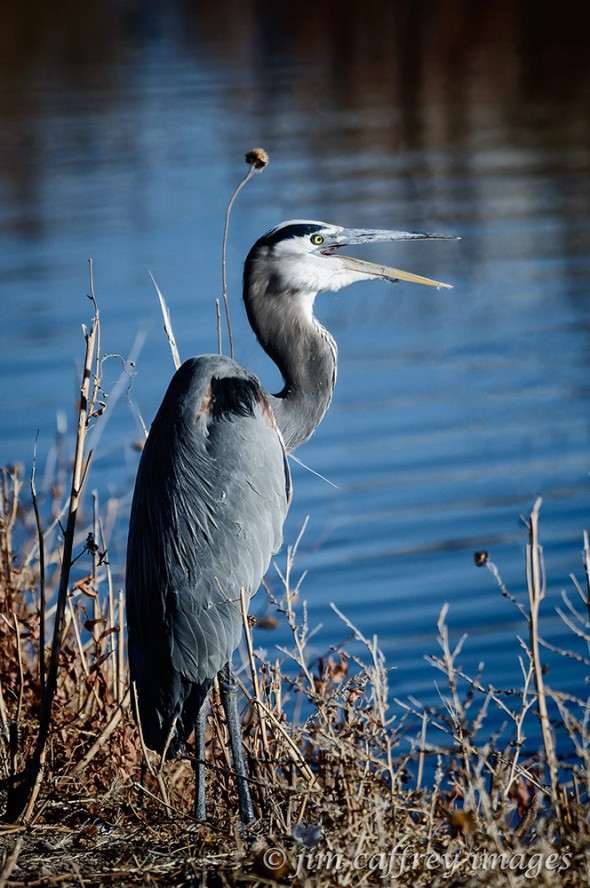 Every once in a while, he would close his eyes as if napping. After about thirty minutes we had gotten all the exposures we wanted and drove off leaving him standing there. 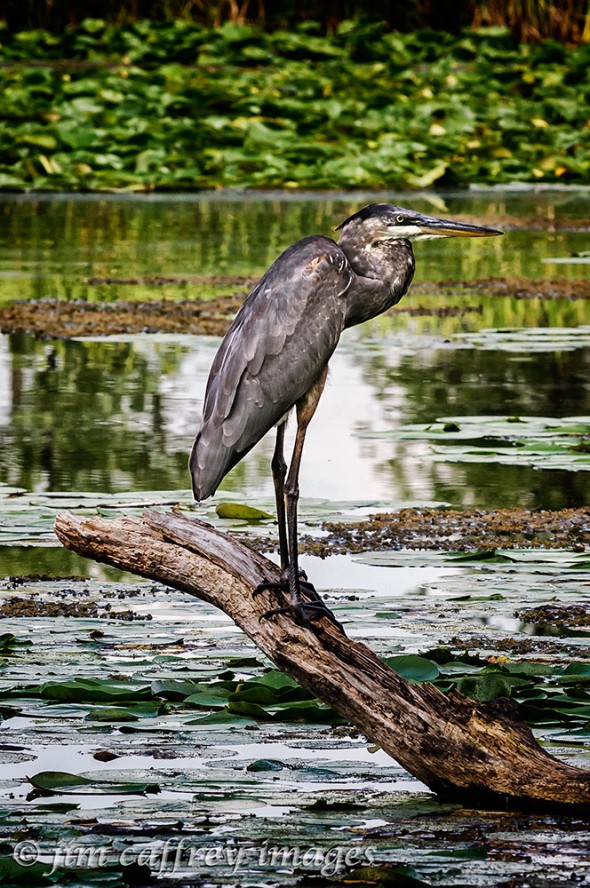 I made this last image while my daughter Lauren and I were walking her dog at a dog park in Madison, Wisconsin. Luckily, I was a little ahead of them and had time to warn her off. Otherwise, her dog would have been after the bird and this capture would have been lost.

This entry was posted on January 31, 2013 by Jim Caffrey Images. It was filed under Avian, Locations, Nature, Portraits and was tagged with birds, Bosque, herons, nature photography, New Mexico, Photo, Photography, water.