I spend a lot of time in the desert, more specifically, in the badlands of the San Juan Basin. And, of the nine recognized badlands located there, I usually find myself wandering in either the Bisti Wilderness, or Ah Shi Sle Pah Wash. But, I want to step out of the box here and give a nod to the rest: the Ojito Wilderness, Mesa de Cuba, San Jose, Lybrook, Mesa Penistaja, Ceja Pelon, and De Na Zin. 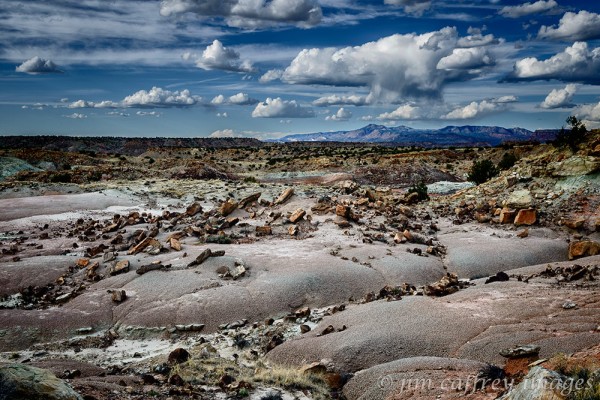 What exactly is a badland? Merriam-Webster defines it as: a region marked by intricate erosional sculpturing, scanty vegetation, and fantastically formed hills–usually used in plural. The pre-requisites for a badlands to form are a grouping of harder sedimentary deposits: sandstone, siltstone etc. suspended in a softer matrix. As the softer material is eroded away, the harder, more dense material is left exposed, often perched on pedestals of the soft matrix. 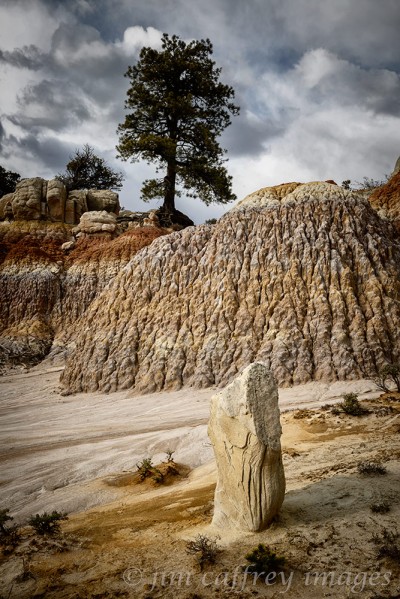 Multi-colored bands and interesting textures abound in this small section of the San Jose Badlands.

But, at times the harder deposits may just be scattered haphazardly across a playa or alluvial plain or they may be isolated and in unexpected angles of repose. The seemingly inexplicable arrangement of the features is part of the mystique of the badlands. How did they get here and why? The answer to that question could fill a Geology text, and I am not even remotely qualified to go there. I can say, with some authority however, that the photographic possibilities are as close to infinite that you can get. 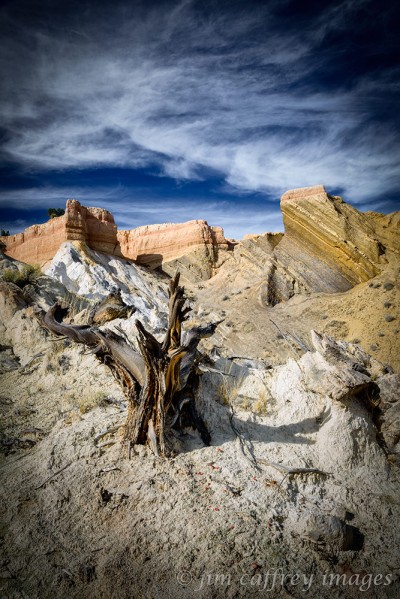 Color is an element that often takes center stage in the badlands. Depending on the mineral content of the soil, there may be layers of red, yellow, blue, or even green. Combine this palette with the other strange and, often, unexpected elements of the landscape and the other-worldly, remote locations become even more surreal. 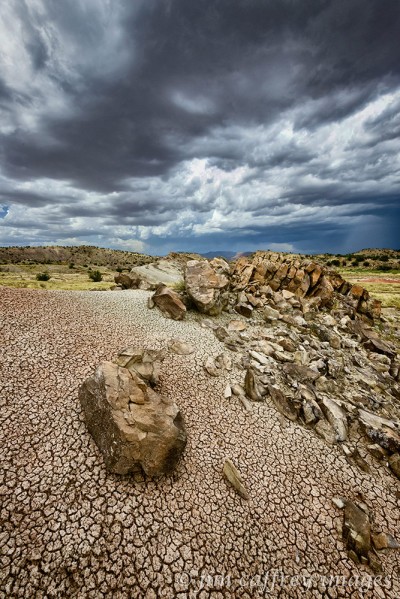 A closer look at sedimentary rock on bentonite in the Ojito Wilderness.

Possibly the most noticeable feature of such environments are the many erosion channels and drying cracks that cut into the soft bentonite, and mudstone that form the matrices that support the entire system. When the light is right, they stand out in stark relief revealing an almost unimaginable complexity. 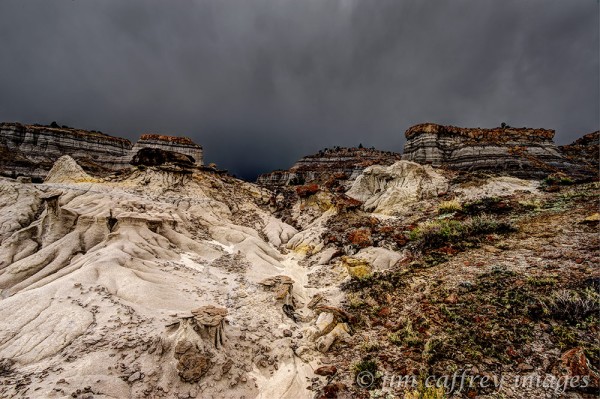 A small wash in a remote section of the Lynbrook Badlands

As I already pointed out, most of these locations are much smaller than their more famous big brothers: Bisti, and Ah Shi Sle Pah. But, what they lack in size, they make up for in their diversity and surreal beauty. When you add to that the knowledge that these environments have been so many eons in the making (that petrified log emerging from the side of that bentonite mound was a cypress tree in a Mesozoic swamp), and are ever evolving (those sandstone slabs you just walked over will be the caprocks of hoodoos in some distant, future landscape), exploring and photographing them becomes even more significant and mysterious. 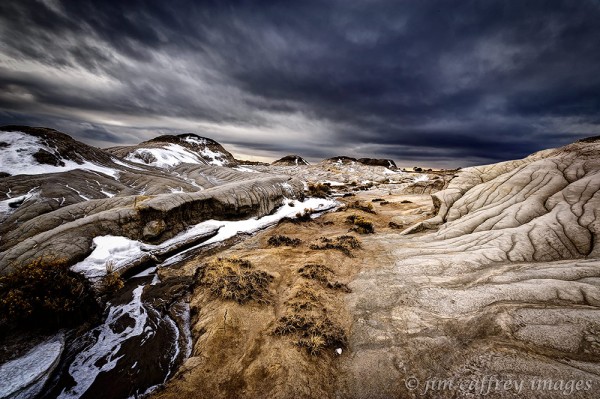 A winter storm passes through the Mesa de Cuba Badlands

Just as you can never step into the same river twice; because of their fragile, and ever-changing nature, you can never visit the same badlands twice.