On the way home after our last trip to White Sands, which I wrote about in my previous post, we stopped at Three Rivers Petroglyph Site. Three Rivers is located about sixteen miles north of Tularosa, New Mexico, and is administered by the BLM. It has one of the largest concentrations of rock art in the American Southwest–more than twenty-one thousand glyphs.

The petroglyphs were made by a now extinct culture, the Jornada Mogollon, who inhabited the area from 900-1400CE. They are the same people who lived at the more well known Gila Cliff Dwellings located about two hundred miles west. I always feel a connection when I see evidence of these ancient people’s existence. I imagine them there in the dim past, standing in this same spot and creating their art. 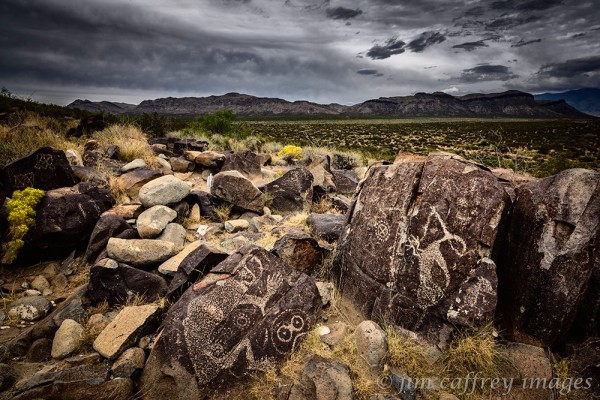 Many of the petroglyphs at Three Rivers can be seen along the one mile trail which follows a basalt ridge. The artists used stone tools to carve their works into the dark patina covering the rocks; and in some places, nearly every square inch of available “canvas” is covered with drawings. 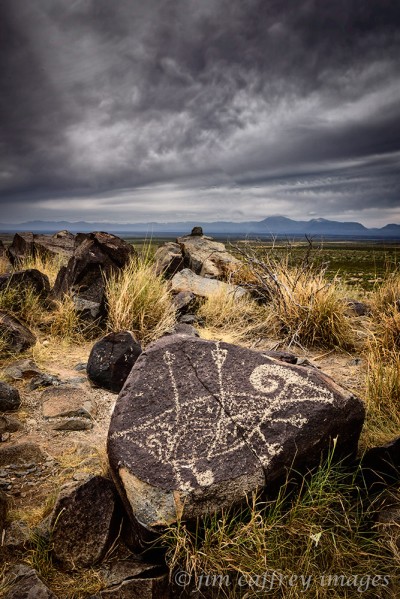 Visiting such a place makes me realize that, as an artist, I am a member of a long line of humanity that has felt the need to express their interpretation of things or events which defined their lives. Were these artists-of-their-day respected members of the clan? Were they rebels? Did they rail against social injustice? 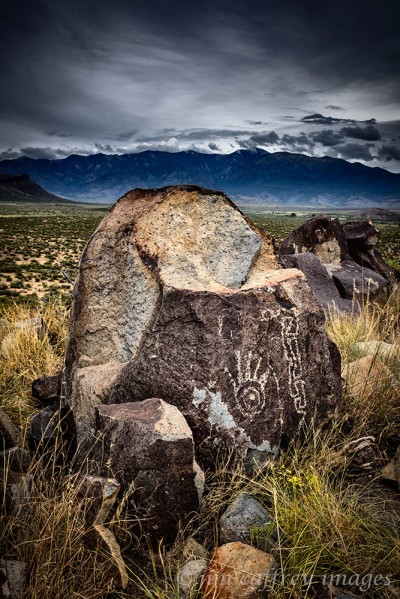 The Sound of One Hand

The real significance of these works, aside from recounting the lives of a long lost culture, is their ability to connect us, as people, across the chasm of time.