I am a photographer, I consider myself an artist. I don’t want to take pretty pictures. I strive to make moving images. A deep green reservoir and a late winter storm moving across distant mesas, 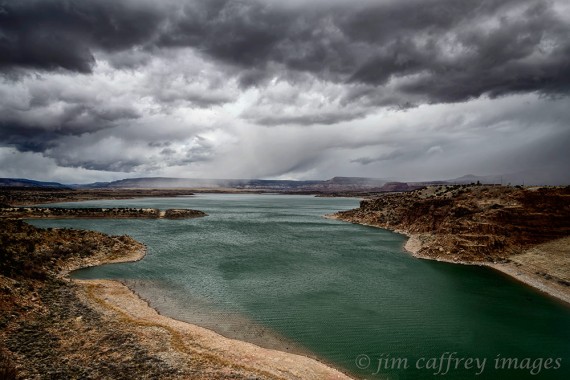 or a lone tree trapped in its winter slumber while light dances on a faraway butte, I had an emotional response to these encounters.  As a photographer and an artist, I want to capture not just the way these things appear, but the way these things feel. For me, the making of an image does not stop after the shutter is released. I am not one of those photographers that proudly proclaim that they only strive to capture the image the way it was; total objectivity and nothing less. 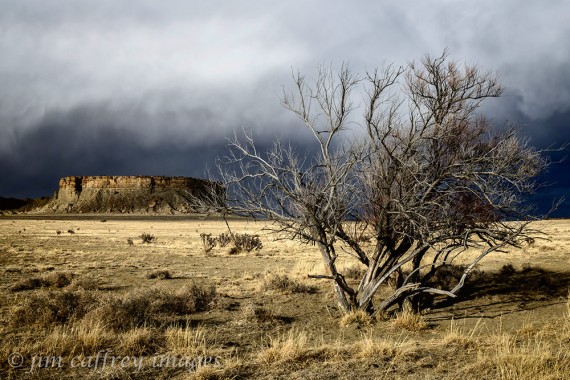 Art is not objective. By its very nature, it must be more than that. The artist attempts to convey a certain feeling to those who view his work. This can only be achieved by making an image that is more than just a representation of a scene. To do this requires what some condescendingly call “manipulation”. I call it creating the image and I will make no apologies for that.

Imagine a watering hole miles from any village or human activity. Now imagine a bovine visitor that plods through the dry, cracked, yet still soft earth that lines the edges of the oasis. The sky is overcast and the light, while soft, still shapes the edges of the cracks and lends a beautiful glow to the surface of the moving water.

In order to make these things tangible within the constraints of a two dimensional photographic image, some work must be done beyond the framing, composition, and exposure that make up the original capture. There must be some intention to the final outcome

There are many circumstances where I am challenged to make an image that is different from those that came before. From an oft viewed roadside scene to a sudden ethereal display of atmospheric magnitude, the real challenge is not just to capture a technically acceptable representation of  that scene or phenomena, or to use some cliche template to compose it, the challenge is to render it in a way that is unique to my vision.

By doing so, I hope to evoke some response to my work, to kindle in the viewer an appreciation of the world beyond the pavement where they may never have been, or where they may have been, but have never really seen. 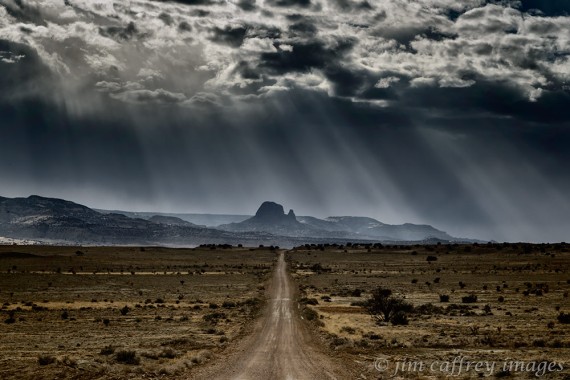 In one of his contributions to Eliot Porter’s book “The Place No One Knew: Glen Canyon On The Colorado”, Frank Waters wrote: “We measure minutes, the river ignores millennia.” And, although he was referring to the Colorado River, we can still make the same statement about any river. They carve and shape the lands they flow through not judging or playing favorites, and at times they provide a striking contrast to the arid environment that borders their banks.

The  Rio Chama is such a river. It makes its way through north-central New Mexico flowing past some remote, but memorable scenery along the journey to its confluence with the Rio Grande. If you throw in just the right amount of foreboding skies and ethereal light, the scene becomes magical. It is my job to capture that magic and to cause those who view my image to be drawn in by it, to wonder what may lie beyond that bend. I hope I have succeeded.