Living in a place that is surrounded by National Forest means that I have the beauty and wonders of the wild, natural world literally at my doorstep. It also means that the danger of wildfire is just as close. 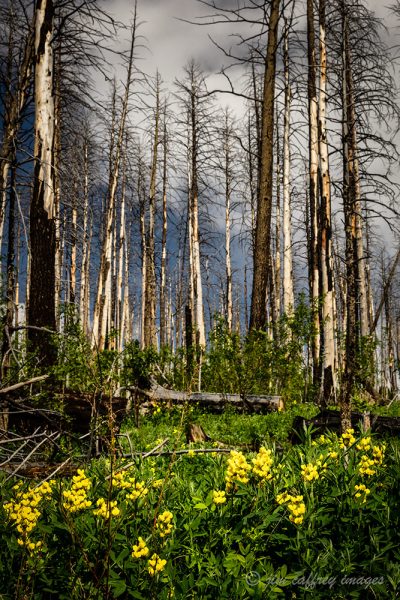 These false lupine are growing in a remote area of the Las Conchas burn scar. This image was made three years after the fire. The quaking aspens, usually the first to repopulate after a fire, are also growing amonst the boles of the standing dead conifers. 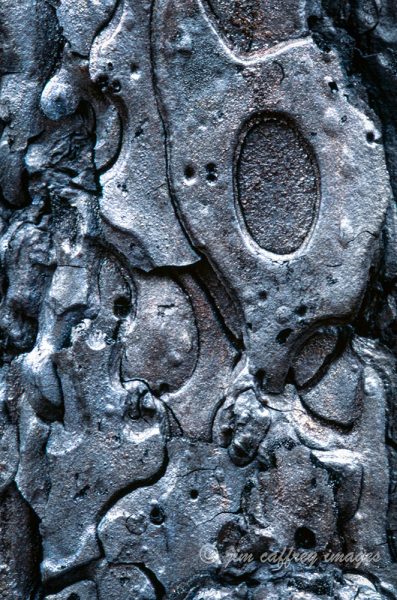 This photograph is a close-up detail of ponderosa pine bark that was burned in the Lake Fire in 2002. It is a scan of a 35mm color transparency that I made a couple months after the fire. I was intrigued by the molten metal appearance of the bark. 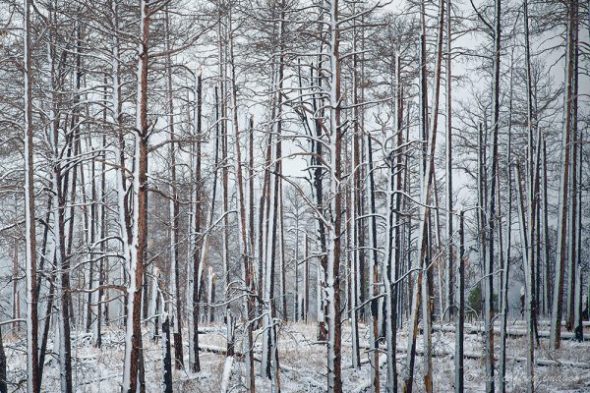 These trees were consumed by the 2017 Cajete Fire. The wet snow clinging to them gives them a high contrast, graphic look. The trunks and every branch stand out sharply as if they are etched by the frigid air 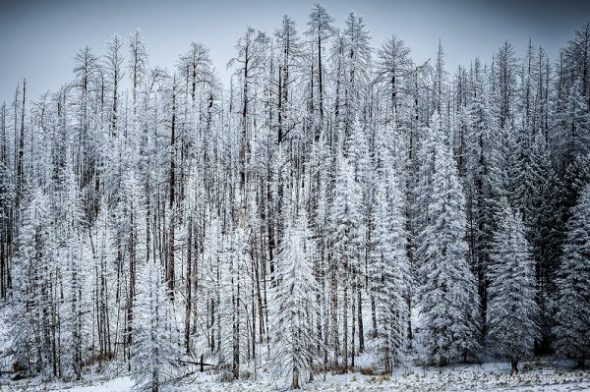 These burned conifers on a small hill near the Valle Grande are coated with hoarfrost. The result is a fairyland appearance like something out of a snow globe. 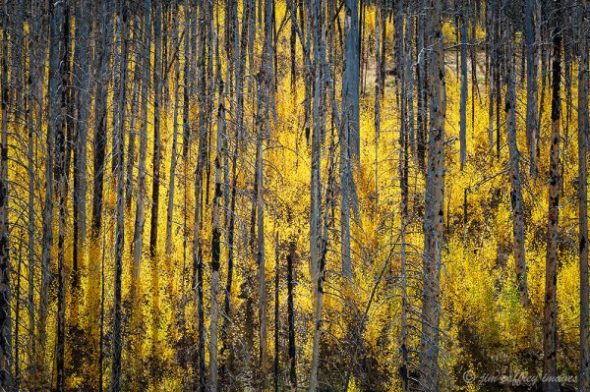 These aspen saplings in their autumn color are growing on a hillside burned during the Las Conchas Fire in 2011. The stark contrast between the burned, dead pine, spruce, and fir trees, and the glow created by the backlighting is what captured my attention. Shortly after I made this exposure the effect was gone as the sun moved higher in the sky.